FinexArena Review: All You Need To ... - Hot Forex Signals 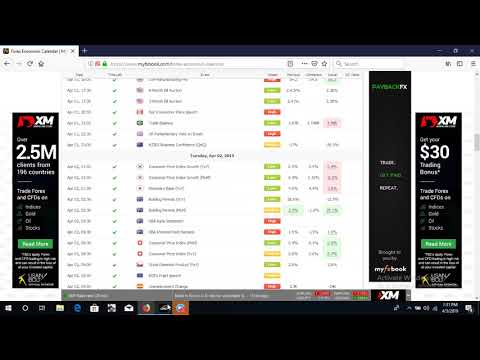 Cash Forex Group is founded by people who always wanted more. An international team of experts in project management, network marketing and financial markets, associated with a highly trained staff in the educational arena, passionate about helping people master their own financial success. Our main principle is providing you with the support and the advanced technology designed for you to learn and transform your dreams into achievements. Go to https://cashfxgroup.com/about for more info.
[link]

These are the most popular #myths in the #Forex arena. It's deep-rooted in #traders' minds that no one believes that these are false. Are you one of those? Get enlightened here https://wetalktrade.com/9-common-misconceptions-about-forex-trading/

How many years have you traded? What are the most important things you've learned? What is your weak point right now?

I started trading the beginning of 2012, and I had no freaking idea about the enormity of the FOREX arena, strategies, and general culture. At that time I was almost solely demo trading on a mobile app with about 7 indicators, anytime something crossed I would enter a position and I had no idea as to why anything was doing what the hell it was doing. You get the picture.
Now, however its mostly a different story. Yes I now use PA/TA coupled with FA. I'm reading Soros "Alchemy of finance" ($o Brilliant), I watch for s/d zones, and try to understand harmonics..try. I stil trade mobile, and still make a shit ton of mistakes, but honestly I dont mindx its learning.
So what Ive learned is:
1.) Know your entry and exit points of EVERY trade, so keep emotions in check for this, for me personally.
2.) Understand why price reacts to s/d zones the way it does and what it implies for future movemen.
3.) I love the Ichimoku.
4.) PA aligning with TA and FA is just an immediate trigger now.
5.) Dont follow too many pairs if you cant analyze them all with utmost scrutiny. I follow one or two for months at a time now. (mostly because of mobile limitations and schedule)
6.) News is great/terrible so act accordingly.
7.) FIBONAC(c)I
Now what Im struggling with is:
1.) Stop losses, I havent truly set up a finesse to using them and I generally never use them.. but im on EU and EJ fwiw.
2.) Money management or essentially over levaraging and margin calls after 200 pip moves.
3.) Drinking and trading... I wake up to both good and bad decisions, but generally bad ones on an exotic pair I have no understanding of.
4.) Thinking I can outsmart the market and that I know something others arent seeing and the market will immediately go exactly as I imagine (Id peg this to emotional and stubborn bias)
And well, thats all I can spit onto my phone right now, but I know there are plenty of mistakes I make that Im forgetting..
This forum has been a great resource, and like most of you I enjoy browsing it very much. Im curious to see where other people are at.

You might have come across people who treat Forex as a betting arena. Many of the people who incur losses don’t even know why it happened. So, they go into a vicious circle of losing time and again. Get to know Stop-loss techniques at http://dominion24.esy.es/register-for-webinar/.

So i like this idea of buyin tournaments, anyone with prior experience? Like withdrawal etc.. Im looking to register..
Thoughts on this FX Arena?

The Next Crypto Wave: The Rise of Stablecoins and its Entry to the U.S. Dollar Market